The Soviets never did anything in an unostentatious manner.  Not even radars that were supposed to be kept a secret from the rest of the world.  Such is the case with “Duga” (meaning “arc” in English), commonly known as the Russian Woodpecker.

I have long had a desire to travel to the Chernobyl Exclusion Zone.  I had arranged to go there in 2011 when I was in Kiev, but I later had to change my plans as the tours were shut down for corruption purposes.  My reasoning for wanting to go to the Exclusion Zone had nothing to do with photographing abandoned buildings taken back by nature or the bragging rights of saying I’ve had been there, but instead to put a lot of my research papers on the place to actual use.

At university, I wrote two research papers on the Chernobyl catastrophe.  The first was brief, but the second was around sixty-pages long and involved copious amounts of research and time.  I have seen documentary after documentary on Chernobyl and had previously visited the museum in Kiev after the tours were discontinued in 2011.  In a way, I knew as much as any person directly unaffected by the tragedy could possibly know. 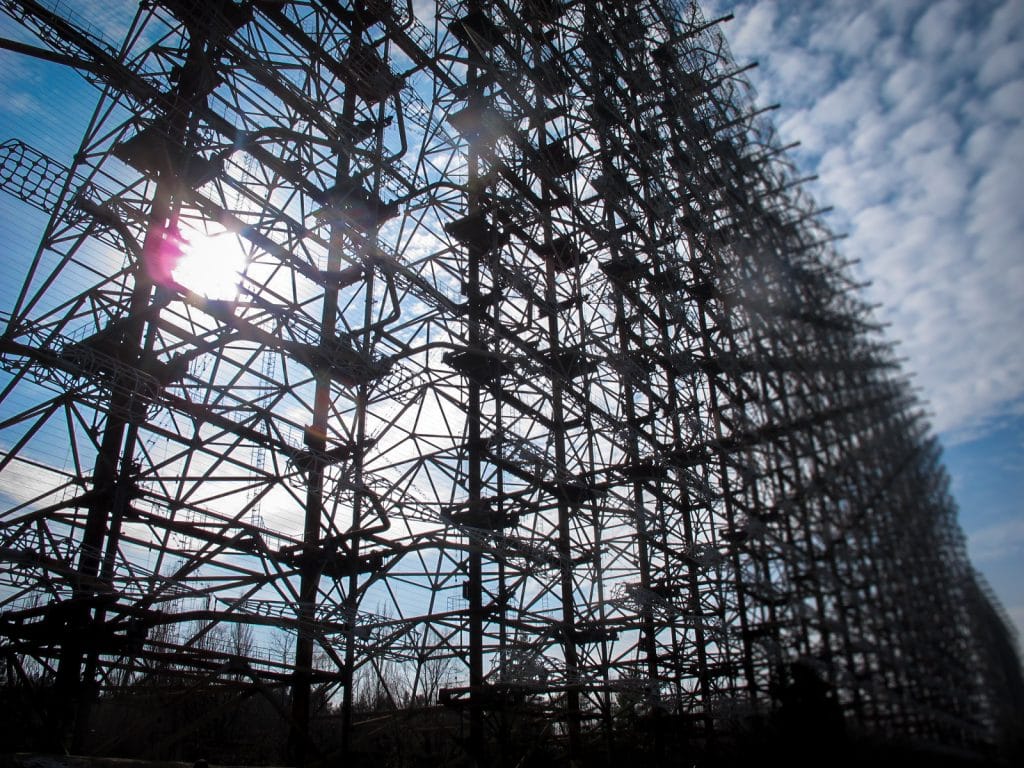 Duga was a Soviet radar system that existed in between July 1976 and December 1989.  It released a signal reminiscent to that of a very sharp and continuous tapping noise, hence the nickname “Russian Woodpecker”.  Several countries had intercepted these signals on shortwave radio bands transpiring into several complaints globally.  And a lot of denial from the Soviets.

Getting into specifics is challenging, but if you want to read more on the Russian Woodpecker, you can check it out on Wikipedia.  I considered detailing it a bit more here, but I honestly find the information a bit stale for the overall point being so freaking fascinating.  Just typing about radio wave specifics would have put me to sleep… my apologies.  And no need to reinvent the wheel when the information is already out there on the web, of course.

So, what does this have to do with my trip?  Well, the Russian Woodpecker is located in the Exclusion Zone and is a rare piece of the Zone that I know very little about.  Getting to see this with my own eyes was something I greatly desired to do.

Not every tour makes it to the Russian Woodpecker (and Duga just opened in recent years and was completely off limits beforehand unless one obtained special permission).  It is an ‘if we have time’ stop on most tours and there is no guarantee you will go there unless you book something a bit more private.  I was grateful that the first stop we made was to Duga.

The Woodpecker is about a twenty minute drive through the radiation-ridden forests and is in a clandestine location compared to the reactors, Chernobyl town, Pripyat town, and everything else.  It was very evident that the Soviets wanted this monstrosity kept a secret, except for the fact that the structure is gargantuan.  Once you arrive at the Woodpecker, you must go through a gate and onto the property.  You will walk a bit- strolling past decrepit buildings, rusted deposits, and lusterless propaganda on the sterile, concrete walls.  Eventually, you will end up at Duga, which will inevitably be one of the most obscure and cryptic structures you will ever lay eyes on.

We were permitted to climb around on the heavily-oxidized mass, but I passed knowing my clumsiness would probably shorten the entire tour.  I spent the entire time just enamored by the framework and its history (and the vagueness that surrounds that history).

We stuck around the Woodpecker for quite a bit of time and then carried on to the next place on our tour, the famously abandoned city of Pripyat.  And while I enjoyed visited Pripyat, nothing quite mesmerized me as Duga did. 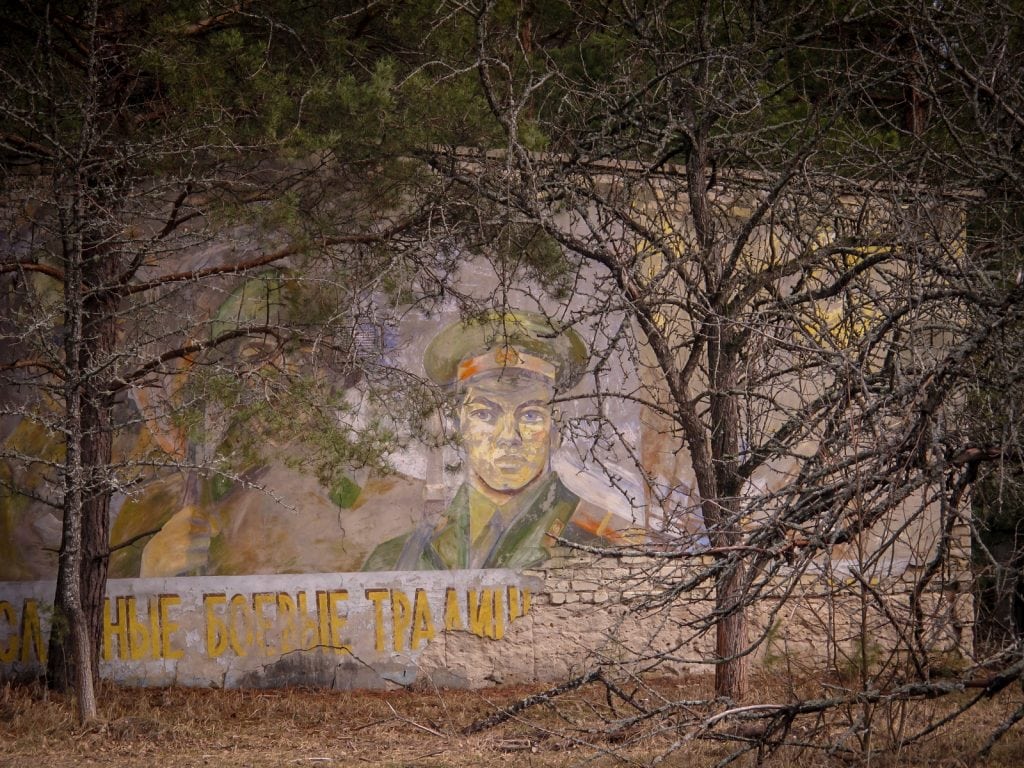 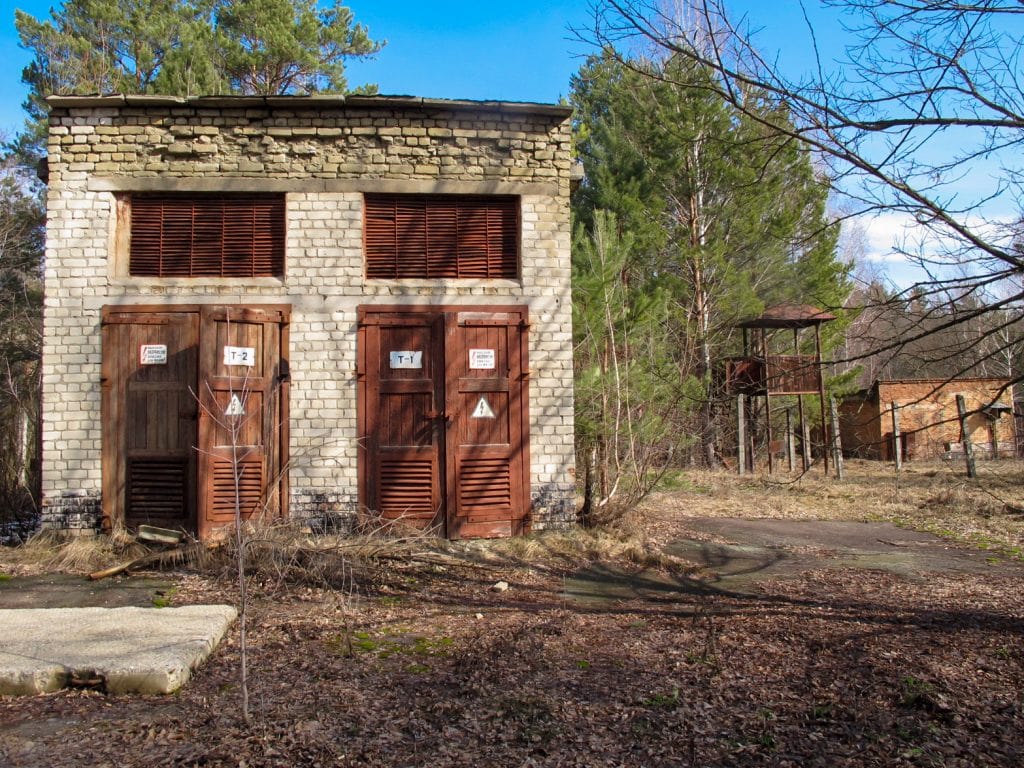 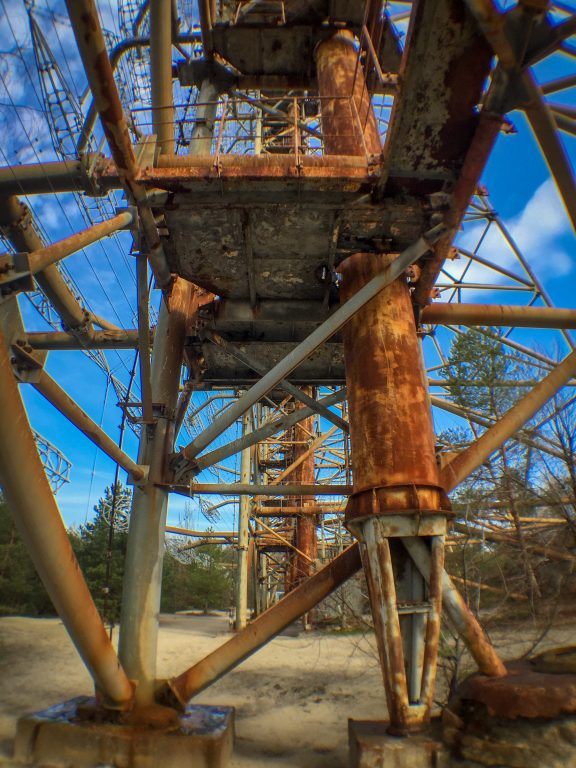 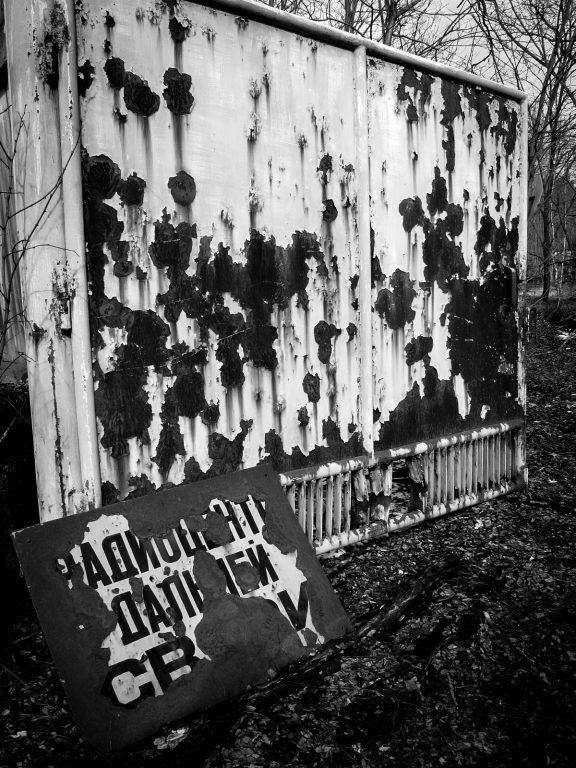 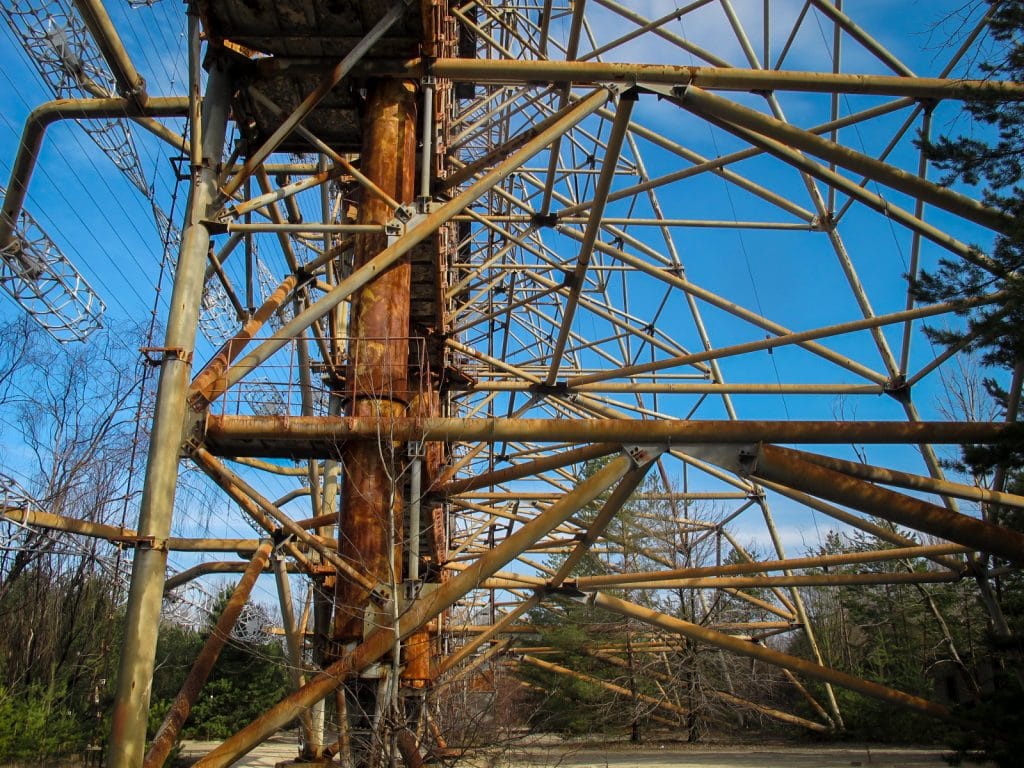 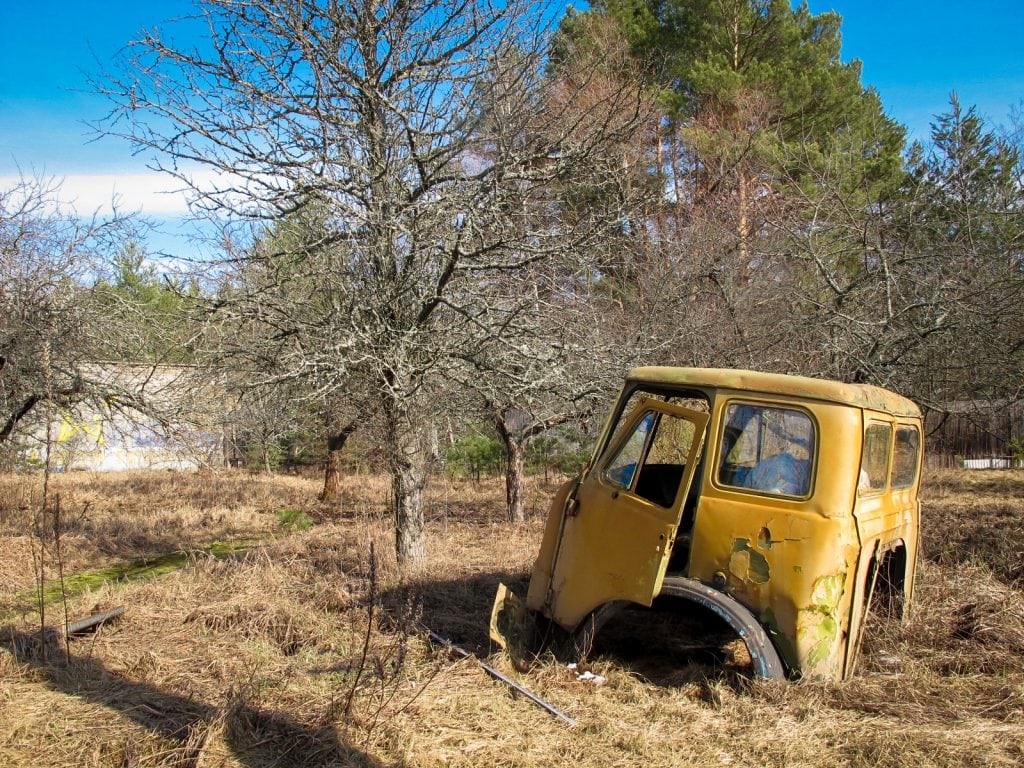 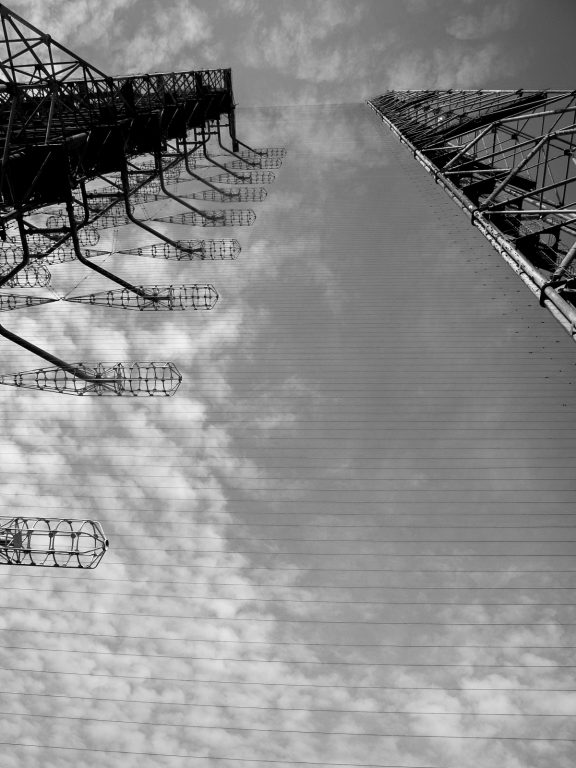 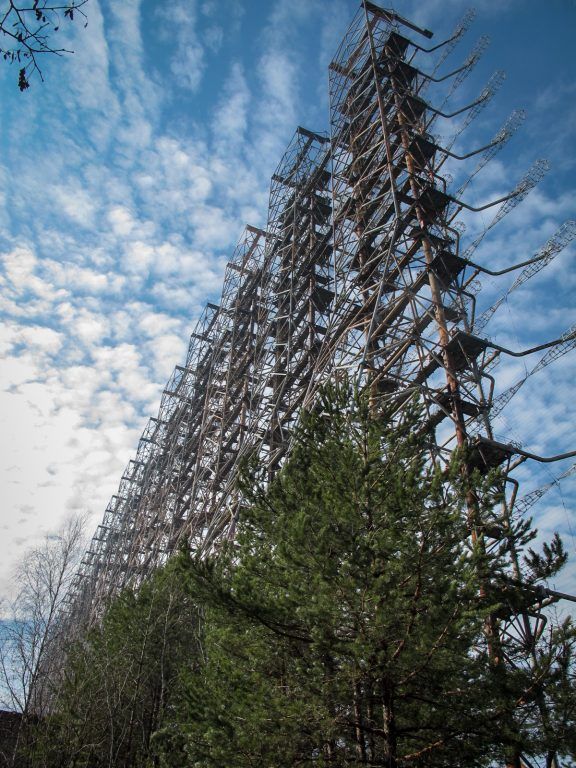 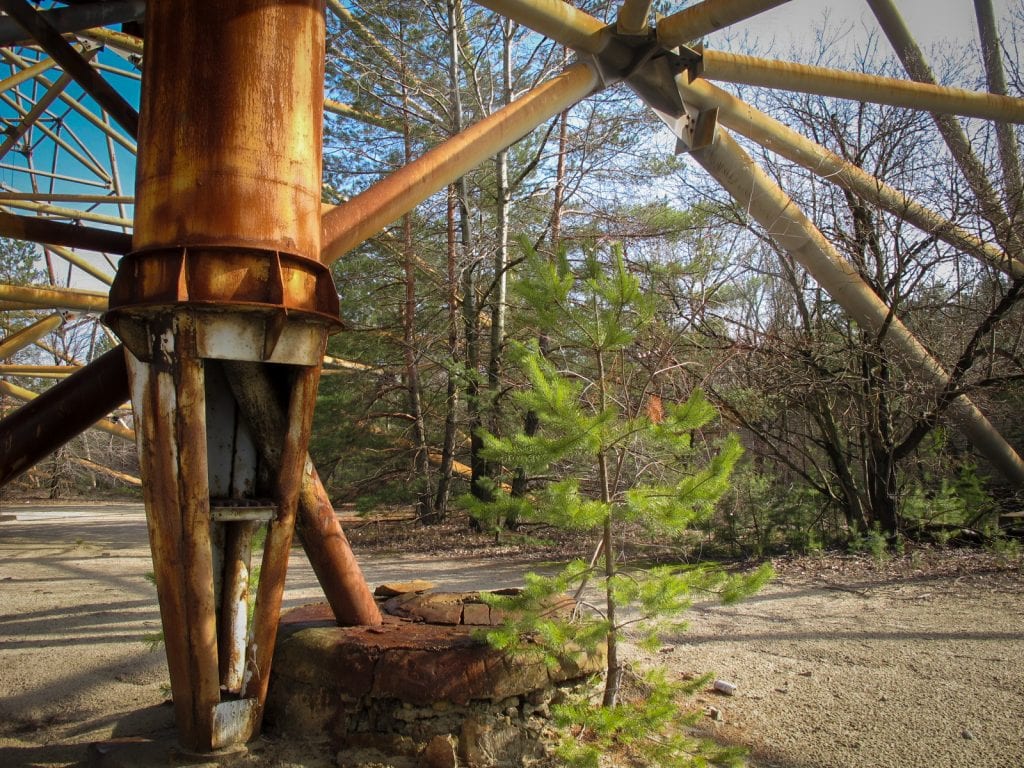 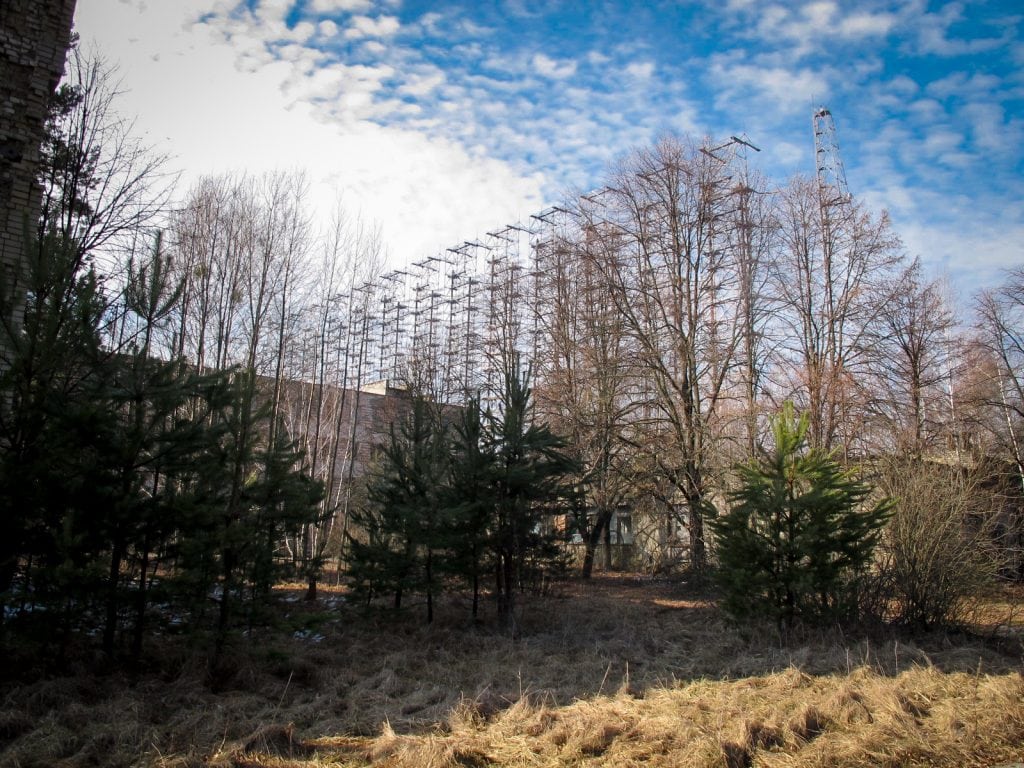 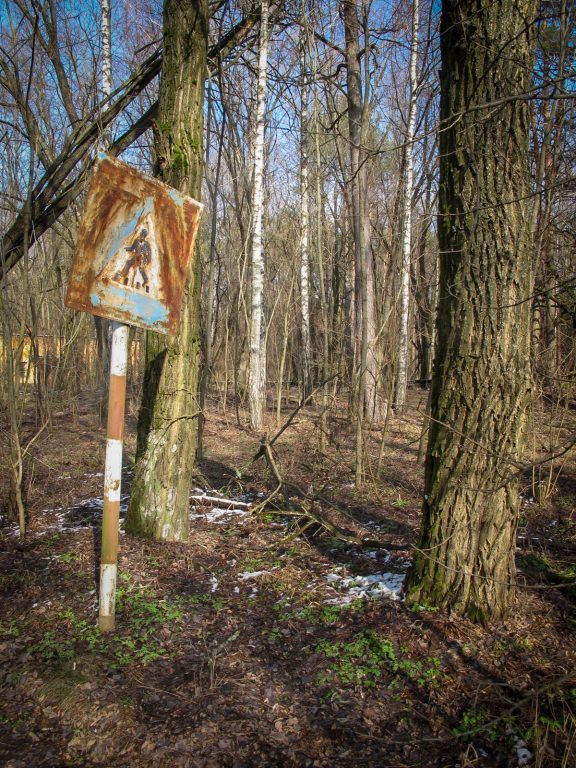 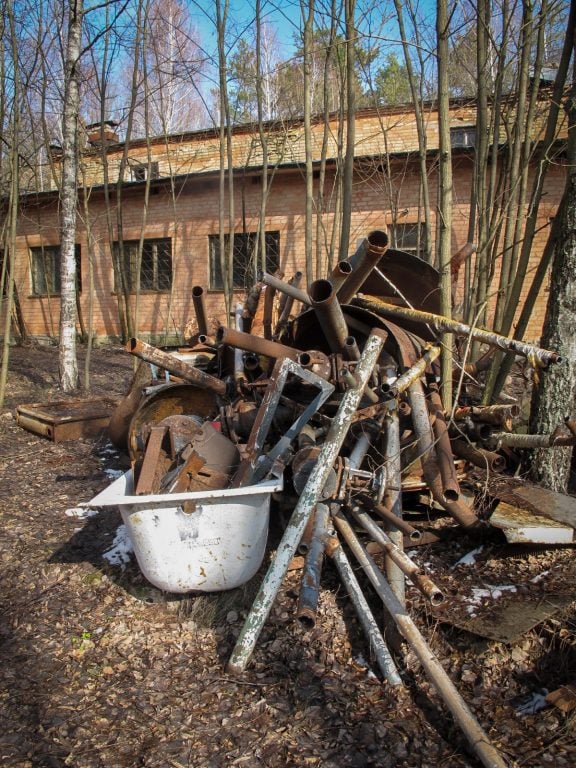 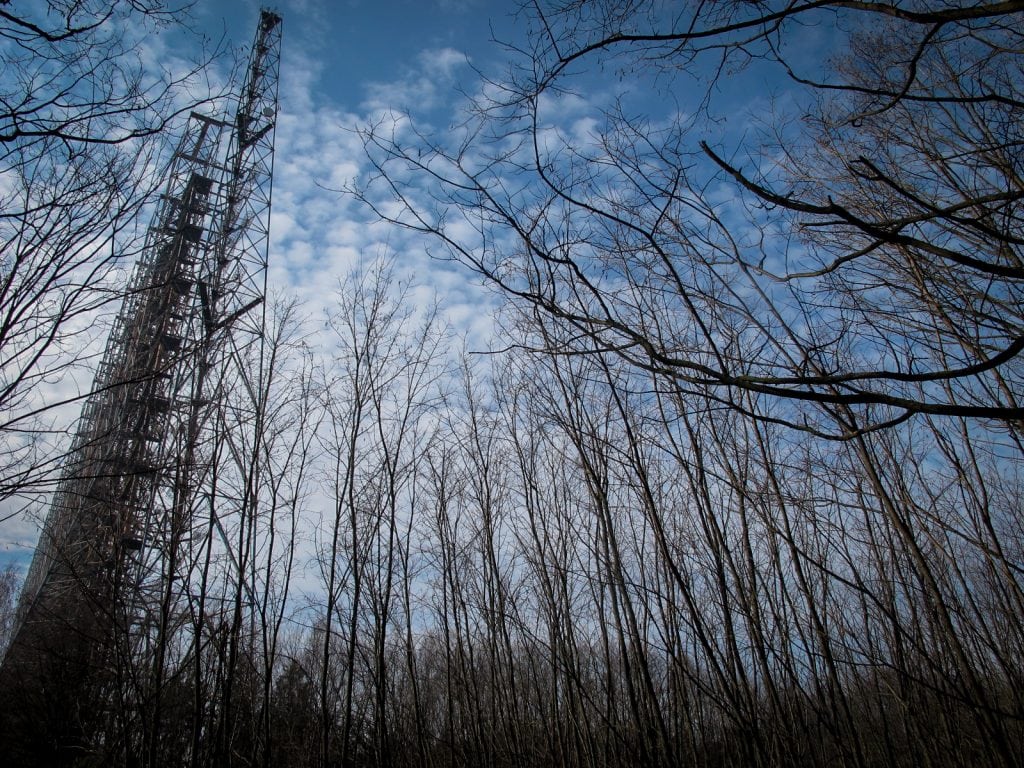 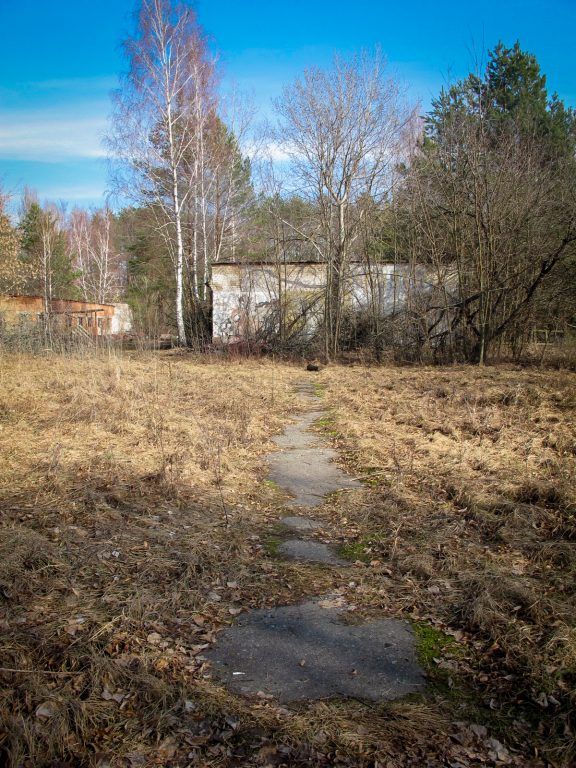 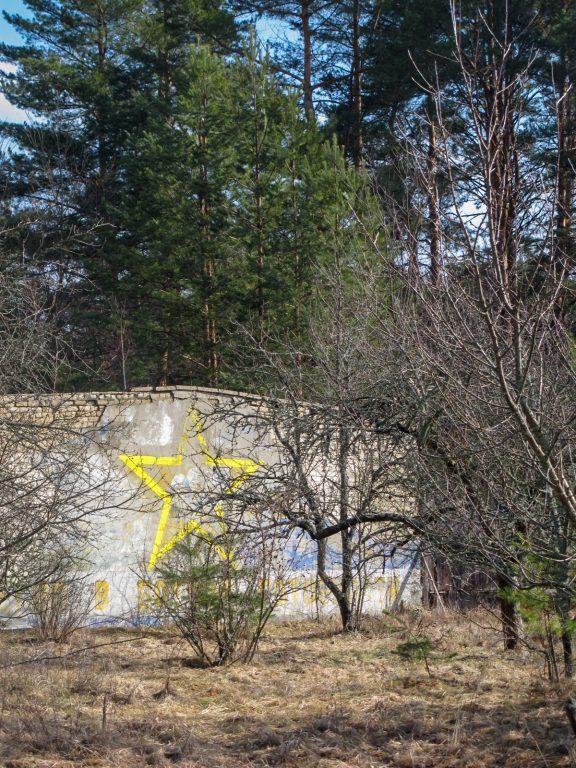 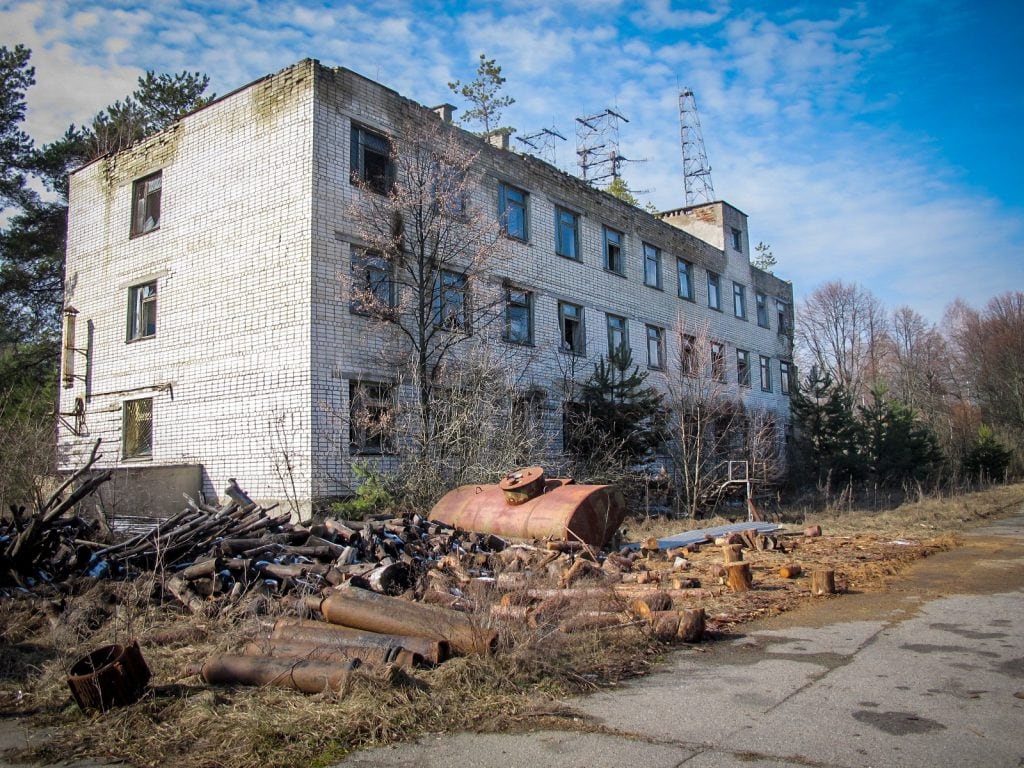 Click here for more things to do in Kiev. 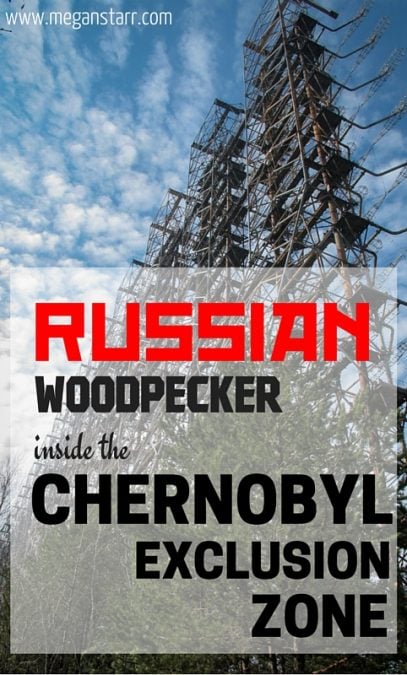 Want to talk more about article “Duga: The Russian Woodpecker inside the Chernobyl Exclusion Zone”?

Inside the Abandoned Red Cross Hospital in Dnipro

One or Two Days in Kyiv Itinerary: A Guide for First-Time Visitors

Forget Eurovision: 15 reasons why you should really visit Kiev, this year’s host city

The timelessness of Kiev through the eyes of its literary heroes