Every spring, we are confounded by the mystery of life and so we wonder…

“What came first, the chicken or the egg?”

Well, yes, but also, “How do those Ukrainian Easter-egg artists create those intricate, colorful works of art without breaking the shells?”

It’s one of the most common questions posed when the Ukrainian Museum-Archives opens its annual Ukrainian Easter Bazaar. (Photo by John Petkovic, The Plain Dealer) 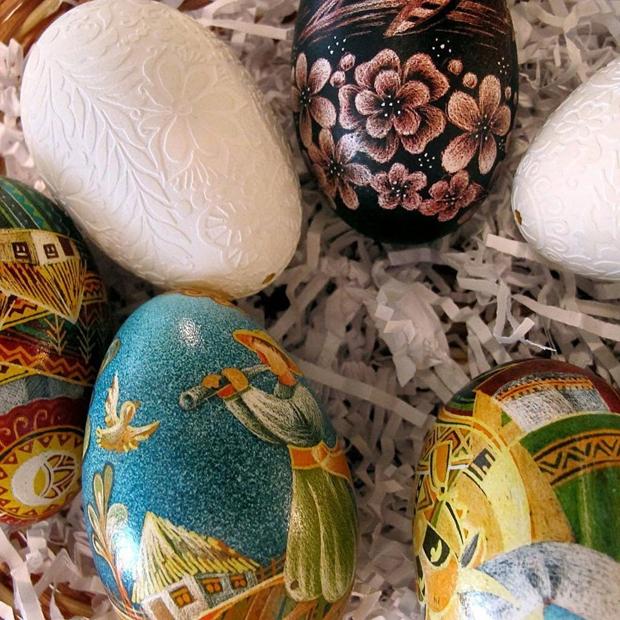 The exhibition – which opens Friday and runs through March 24 — chronicles an art form that has become a staple of Easter celebrations in Ukraine and America. (Photo by John Petkovic, The Plain Dealer) Crafting this kind of eggcellence, you see, takes patience, discipline and days of work — not to mention a metal stylus, wax, dye and varnish. (Photo by James A. Ross, The Plain Dealer) 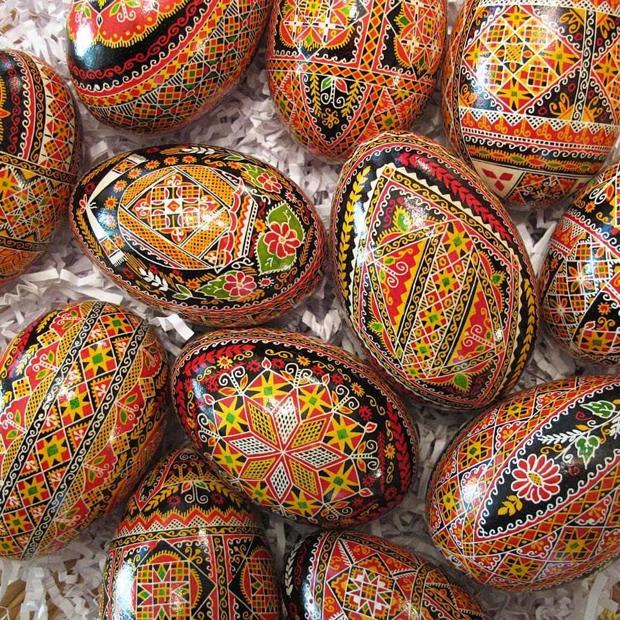 “A lot of people think the eggs are made out of wood,” Aniza Kraus, curator at the Ukrainian Museum-Archives. “And they can’t believe that they’re made out of actual eggshells.” (Photo by John Petkovic, The Plain Dealer) 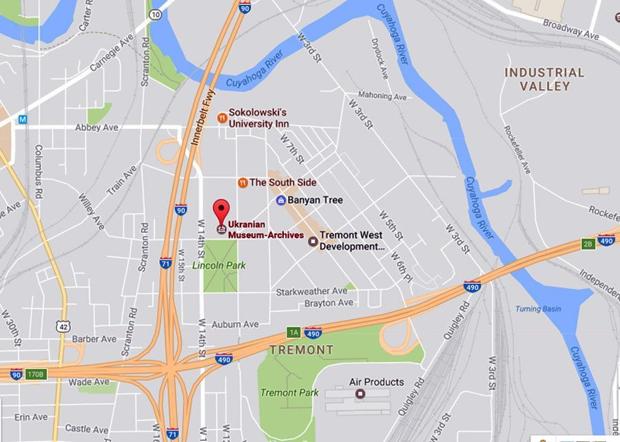 The UMA is located at 1202 Kenilworth Ave. in Cleveland’s Tremont neighborhood. 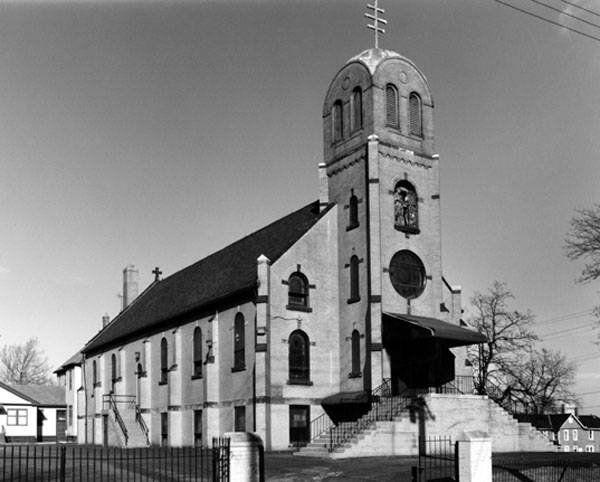 Ss. Peter and Paul Ukrainian Catholic Church in Tremont was completed in 1910. The Cleveland neighborhood boasts a proud Eastern European tradition that includes the Ukrainians. The UMA continues to share that experience and story with shows such as the Ukrainian Easter Bazaar. (Special Collections, Michael Schwartz Library, Cleveland State University, Cleveland Press collection) 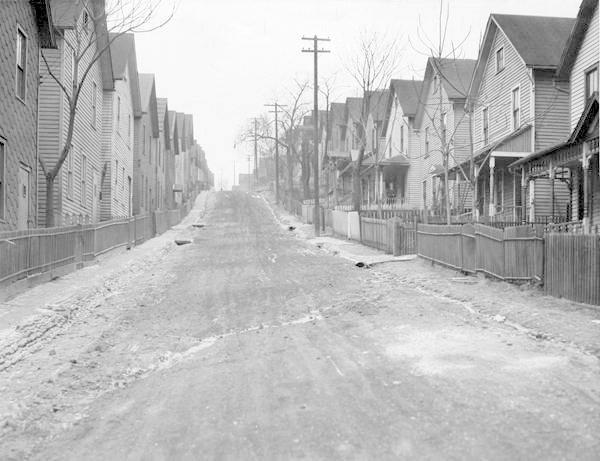 A Tremont Street, circa 1932. The neighborhood was settled by Ukrainians and Eastern Europeans who came to work in the Flats factories. The UMA, which was founded in 1952, resisted calls to follow Ukrainian immigrants moving out of the city and into suburbs such as Parma in the 1970s. “We planted our flag in America and also in Tremont,” says Fedynsky. “And now we see all these people coming to our festival, one that has become a sign that spring is here and a sign that Tremont and Cleveland are enjoying their own kinds of rebirth.” (Special Collections, Michael Schwartz Library, Cleveland State University, Cleveland Press collection) 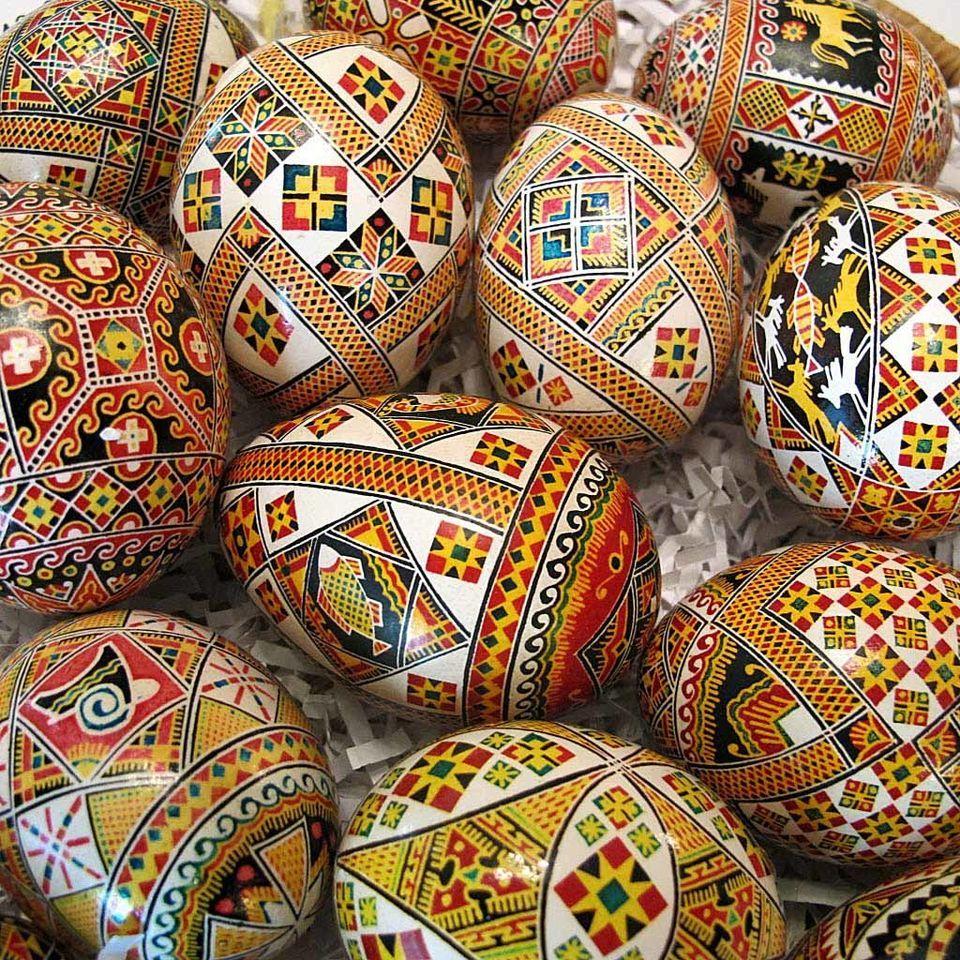 An art form and a story

Since 1993, the exhibition has showcased the beautiful designs while tracing a colorful story that goes almost as long as the whole chicken-egg debate. 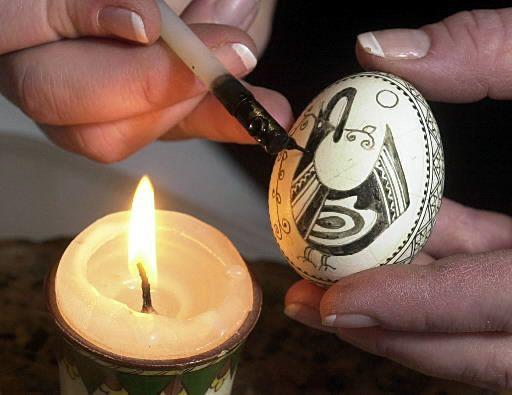 Known as pysanky (pee-SAHN-kee), the works go back to pagan times, when the eggs were part of a ritual to signify seasonal rebirth. They celebrated the harvest and the harvester with natural images and colors. Wheat symbolized work. Livestock represented wealth. White stood for purity, green for growth, black for darkness. (Photo by James A. Ross, The Plain Dealer) The Ukrainian Museum-Archives is located in Cleveland’s Tremont neighborhood, which is adjacent to Cleveland’s industrial Flats and was once connected to it by the Clark Avenue Bridge, was settled by Eastern Europeans — including Ukrainians. The UMA chose to stay in the neighborhood, even as many Ukrainian immigrants moved to southern suburbs such as Parma. (National Archives) 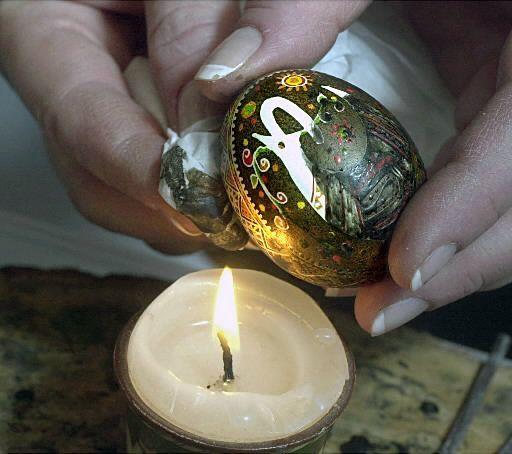 “Pysanky means ‘to write’ in Ukrainian,” Walter Ciszkewycz, a staffer at the UMA. “These eggs document Ukrainian history.” (Photo by James A. Ross, The Plain Dealer) 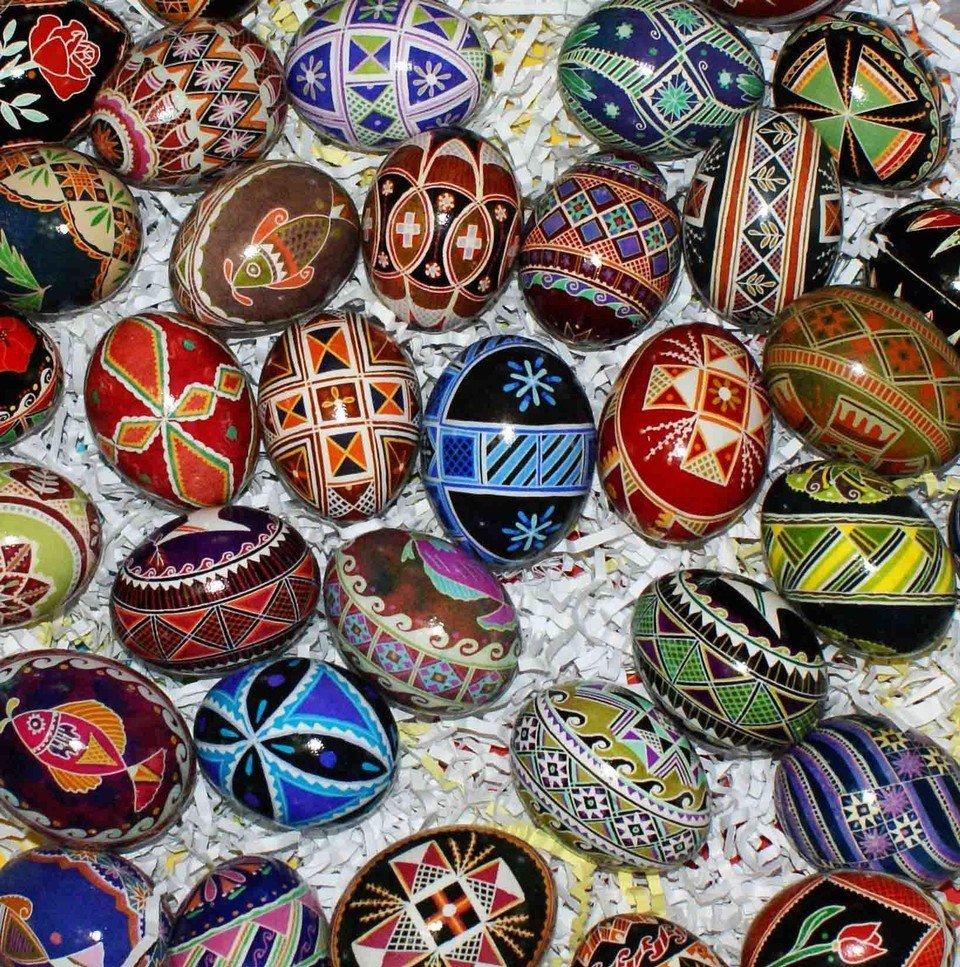 When Christianity was introduced in the Ukraine in the 10th century, the eggs rolled with the changes. Just as Christianity adopted pagan symbols, the eggs became a canvas for Christian expression, with crosses and dots that symbolize the tears of Mary. (Photo courtesy UMA) 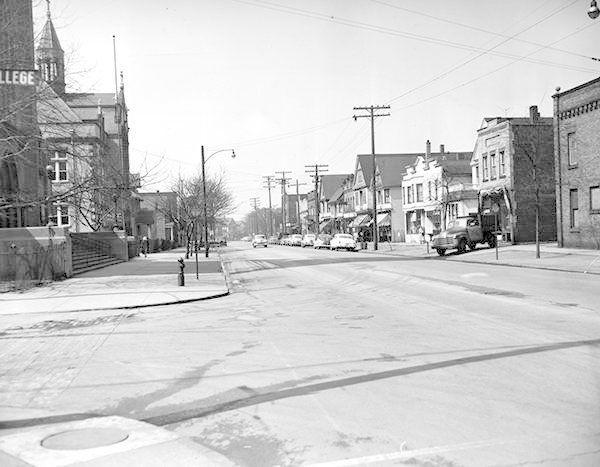 Pillar of the neighborhood

The UMA has been a pillar of stability amid a changing Tremont neighborhood since 1952. This circa-1953 shows what the neighborhood looked like back then, when it was populated by factory workers with Eastern European backgrounds. (Special Collections, Michael Schwartz Library, Cleveland State University, Cleveland Press collection) Creating the Ukrainian Easter egg requires multiple steps, including immersing it in a jar of dye, where it sits for 10 minutes — until the color seeps into the part of the shell not covered with wax. (Photo by James A. Ross, The Plain Dealer) 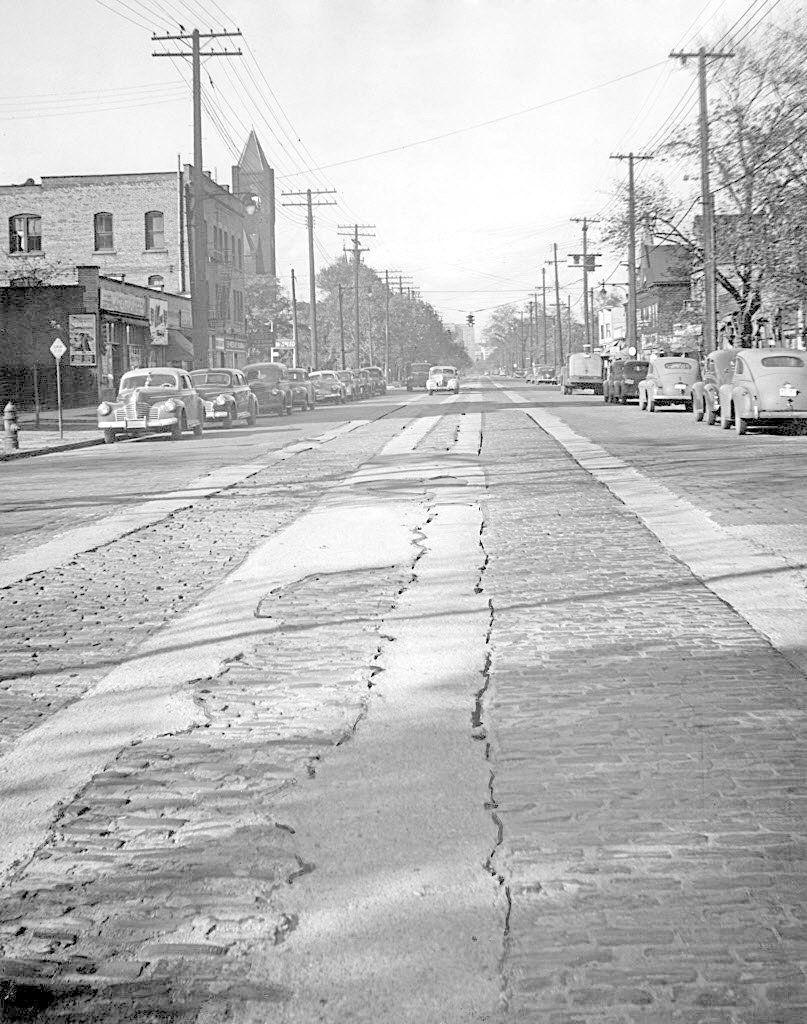 The UMA tells the story of the Ukrainian and American immigrant experience and is perfectly placed to do so — in Cleveland’s Tremont neighborhood, which was settled by Eastern European factory workers. This is what Tremont — via West 14th Street — looked like in ’45. (The Cleveland News) Varnish is applied to protect the egg, keep the colors from fading and give the shell a glowing sheen. (Photo by James A. Ross, The Plain Dealer) 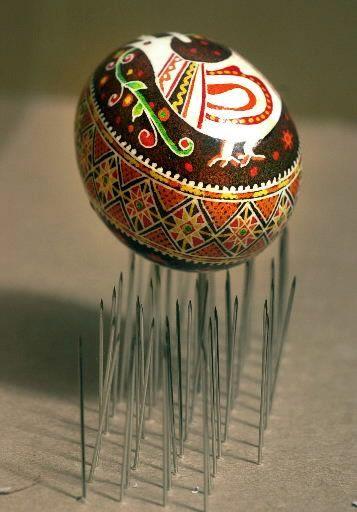 After getting drawn on and dipped and dabbed, this pysanka finally gets to rest – on a bed of nails, which allows the varnish to dry. (Photo by James A. Ross, The Plain Dealer) 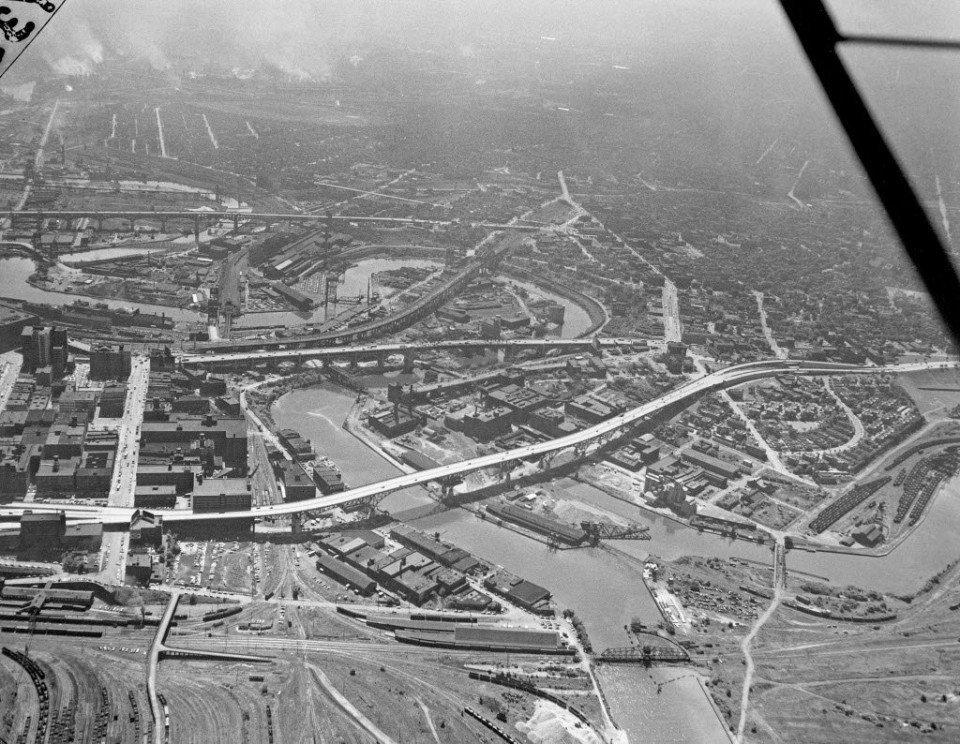 Tremont was settled by Eastern Europeans who came to work in factories in the Flats. This aerial shot of the Flats is from 1952, the same year the Ukrainian Museum-Archives opened in Tremont to chronicle the Ukrainian and American experience. (Norbert J. Yassanye, The Plain Dealer) 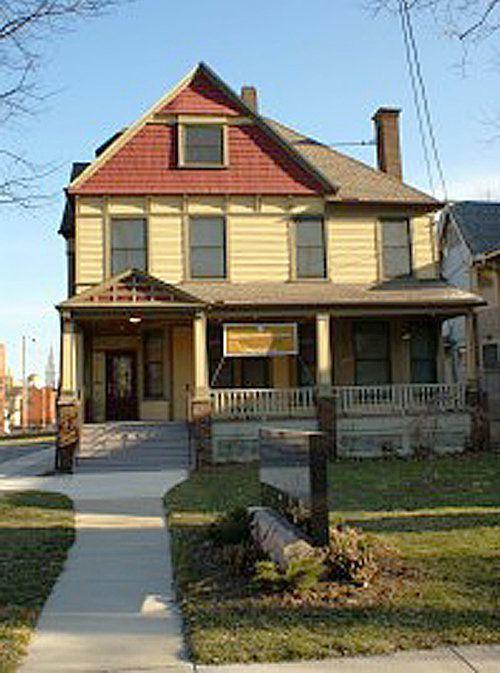 The UMA, 1202 Kenilworth Avenue, in Cleveland’s Tremont neighborhood, will conduct workshops that allow visitor take their hand creating pysanky. Visitor will also get to check out more than 500 pysanky. (Courtesy UMA) 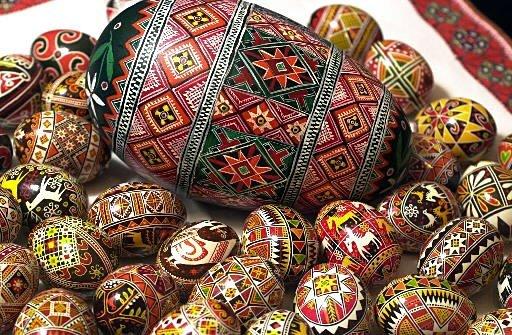 A variety of sizes, eggs

“We have a variety of eggs, even an ostrich egg from Ukraine and an emu egg from Australia,” says Ciszkewycz. “We’ve seen an evolution in the eggs used, as well as tools.” The UMA is located across from Lincoln Park, which is depicted in this postcard from the early 20th century. (Special Collections, Michael Schwartz Library, Cleveland State University, Cleveland Press collection) 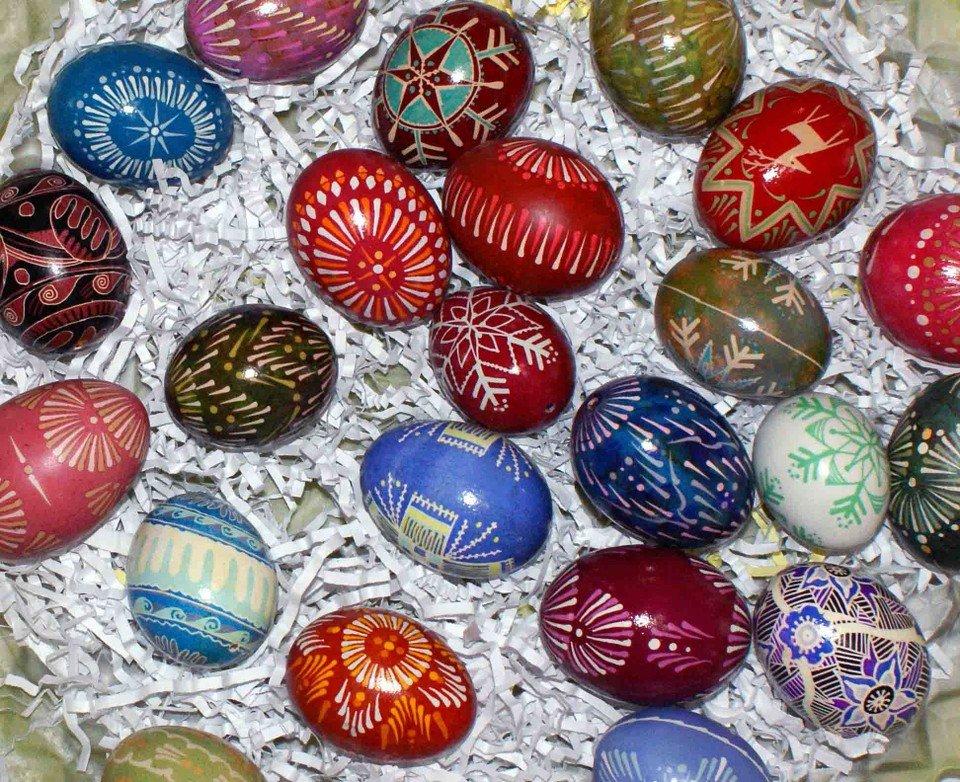 “People once used to use berries and bark and handles to make the egg,” he adds. “A lot of the artists now use acids and electronic devices to create clean, straight lines and intricate designs, but you still people still doing it the traditional way – because the tradition is a big part of it.” (Photo courtesy UMA) 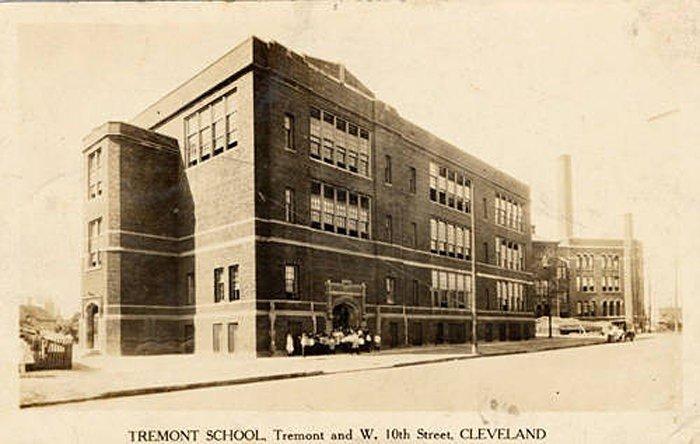 A hub for Eastern Europeans

Tremont was settled by Ukrainians and other Eastern Europeans who came to the area to work in nearby factories and have their kids attend Tremont Elementary School, which is depicted in this circa-1900-1929 postcard. (Special Collections, Michael Schwartz Library, Cleveland State University, Cleveland Press collection) 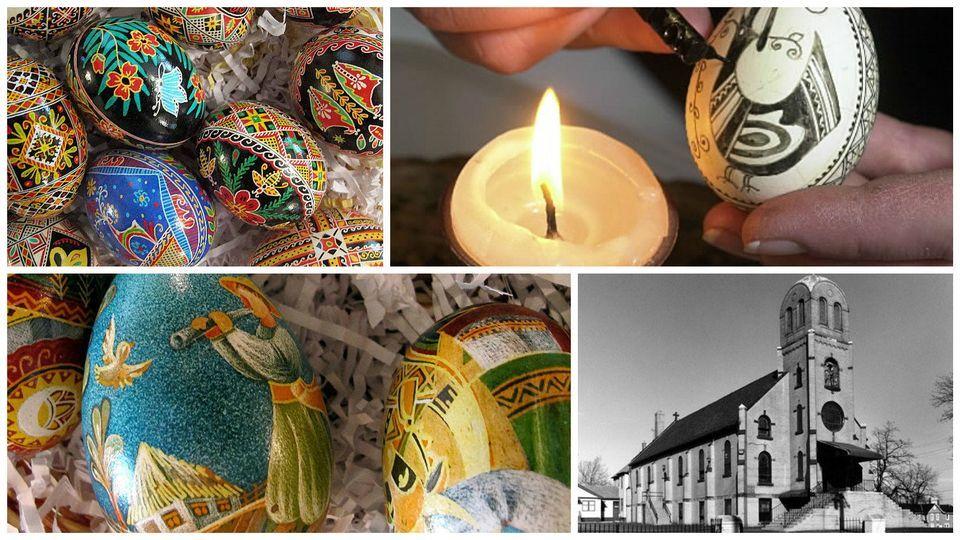 Stayed on in Tremont

The art form has transcended Ukraine to become part of an American and local Easter tradition. The UMA, which was founded in 1952, resisted calls to follow Ukrainian immigrants moving out of the city and into suburbs such as Parma in the 1970s. It has played a key role in the neighborhood’s comeback, with Bazaar being a key piece in it.

“When we started the Ukrainian Easter Bazaar we had a table of eggs and around 200 visitors, mostly Ukrainians,” says co-founder Andy Fedynsky. “Now, we have more than 1,000 all kind of people from the area coming – and it’s become a Cleveland tradition. (UMA)

VOTE FOR AN IMMIGRANT WHO UNDERSTANDS YOUR STRUGGLES!

Why (in some years) Easter Is Celebrated on Different Dates

Kyiv Student Made An Electric Car Out Of Old Zaporozhets